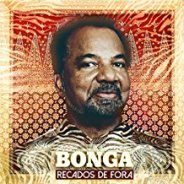 Bringing It All Back Home

Listening Post 81. The singer-songwriter Bonga Kuenda is as relevant to Angola’s culture today as he was when his country broke free from Portugal in 1975—remarkable considering he spent most of the intervening years in exile. A thorn in the side of the old Portuguese dictatorship and then to the corrupt leaders who came to dominate the newly independent nation, he has been a voice of liberty, identity and protest. Recados de Fora (Messages from Elsewhere)—his thirty-first album—is a festive, romantic, fatherly mix, rooted in Angolan semba but also displaying Bonga’s affinity for Brazilian, Portuguese, Cape Verdean and Cuban sounds. His trademark voice is raspier than in his youth, but tempered with character. He wrote nine of the album’s 11 tracks, but when it comes to love he turns to old friends. For Sodade Meu Bem, Sodade (I Miss You, My Love, I Miss You) he uses a fado-based arrangement for a song by the Brazilian composer Zé do Norte: “The one who took my love,” he sings in Portuguese, “Must be a friend/He took the suffering and left the brilliance” (video 1). Tonokenu (Entertainment), prescribes celebration for survival: “Friends weep/Hearing this beautiful theme/That mirrors us so well,” he sings in Kimbundu, while juggling traditional instruments, “Thump the tom-tom/Play the puita/Scrape the dikanza/And move like before” (video 2). Ngo Kuivu (I Understand) laments Angola’s deterioration: “Some people run away/Some people weep/Others are in prison/Because they spoke out” (video 3). Other standout tracks are the nostalgic Outros Tempos (Yesteryear); Marikota, a ballad of emigration; and Odji Maguados (Your Saddened Eyes), a love song in Cape Verdean Creole made popular by Cesária Évora. A few years ago Bonga finally returned to Angola. His music never left. (Lusafrica)