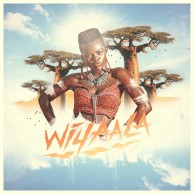 Listening Post 232. Candace Bushnell, creator of Sex and the City, has company. The Ghanaian singer-songwriter Noella Wiyaala opens her second album with Village Sex (video 1), intertwining music and attitude: Her outlook balances respect for some traditions (like pre-marital abstinence) with modern ideals (women comfortable with sexuality); her style blends West African folk, Afropop and arena rock. On Sissala Goddess, Wiyaala unveils a rustic 16-track panorama viewed through a personal-cultural lens, touching not only on love and marriage but also confidence and faith, betrayal and violence, humor and heritage—with a commanding voice shifting to soothing or prayerful at the right moments. In contrast to its sensual intro, When the Lord Get Us Ready is a hymn to divine gifts (video 2). A response to mob brutality, The Captain’s Lament recalls the lynching of an army officer mistaken for an outlaw (video 3); while Wiisi (Not Too Much, Not Too Little) pays tribute to the humility of Wiyaala’s blind uncle (video 4). The artist’s surname means “the doer” in Sissala, spoken in and around Funsi, the village in Ghana’s Upper West Region where she grew up. Singing mostly in Sissala and English, she lives up to her name—as a teen Wiyaala improvised one of her first costumes from her mother’s tablecloth and as one of her country’s most renowned entertainers she still makes her own performance attire and jewelry based on village designs. Her stage persona is inseparable from her activism as a UNICEF ambassador, opposing female genital mutilation and child marriage and promoting women’s rights. She also prizes village values like community, dispute resolution and deference to elders. Urban or rural, east or west, no realm has a monopoly on wisdom or folly. But Wiyaala offers proof that mixing tradition and provocation is good for music and for civilization—even a civilization the size of a village. (Djimba World Records)

Note: See Wiyaala’s Story: An interview with the artist (video 5).

Village Sex
Based on a traditional village bachlorette party song poking fun at the groom’s sexual desire and anticipation, imbued with the artist’s portrayal of a woman comfortable with her own sexuality

When The Lord Get Us ready
Lyrics & Music: Wiyaala

The Captain’s Lament
A prayerful response to an horrific event: In May 2017, Ghanaian Army Captain Maxwell Mahama—Wiyaala’s Sissala cousin—was murdered by a mob after he was mistaken for an outlaw.

Lyrics & Music: Wiyaala
Death is for everyone/Death is not for one person alone
When your time is up, you will go/There’s nothing you can do about it

Wiisi / Not Too Much, Not Too Little
Lyrics & Music: Wiyaala

I accept your will, with all my heart/and ask sincerely
On behalf of people like me/whatever He bestows upon us we accept

Wiyaala’s story: An interview with the artist.