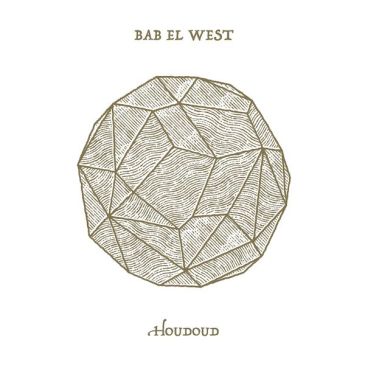 Pandemic isolation can evoke images of The Little Prince, alone on his asteroid, testing the limits of confinement as he imagines transcending space. Similar fabulous journeys are at the heart of Bab El West’s second album, inspired not by Saint-Exupéry but by surrealist poet Paul Éluard’s observation: “’Frontier’ is a one-eyed word but humankind sees the universe with two eyes.” Houdoud (Border) is a natural concept for the Paris-based band whose … END_OF_DOCUMENT_TOKEN_TO_BE_REPLACED

The concept of Bab El West’s first full-length album was born in Brittany when Habib Farroukh spotted a road sign for the town of Douarnenez. The Moroccan-born singer-composer and two French-born band mates compared notes and discovered that “douar” has almost the same meaning in Breton (land or domain) as in Arabic and Berber (village). Thus emerged the enchanting, imaginary hometown-homeland of their music, at the crossroads of … END_OF_DOCUMENT_TOKEN_TO_BE_REPLACED