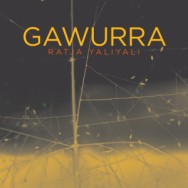 No Degrees of Separation

Listening Post 74. Just as the idea of human flight long predated the Wright Brothers (think da Vinci’s fifteenth-century airplane designs), so did the notion of a World Wide Web emerge millennia before the Internet. According to indigenous Australian tradition, all people and things are connected across space and time; Ratja Yaliyali (Vine of Love) is one of the ancient songlines that describes the thread binding a person to family, clan, other clans, other lands, departed loved ones and ancestors. Stanley Gawurra Gaykamangu bestows the songline’s name on his first album, and the title track breathes life into his map of connection: “Sitting at home… I was worried,” he chants, “Where is my [late] grandmother?/It is enough… Tying the bond of love/My worries are fading” (video 1). Gawurra’s unifying strands are palpable, sustained by his resonant voice, the rolling sound of the Gupapuyngu language (spoken in Australia’s East Arnhem Land), and a rising guitar-drum-string accompaniment. The album pays tribute to the artist’s culture through a blend of traditional and contemporary songs telling origin stories of birds and lands, sunsets and trees. There’s a floating quality to Mulunda (Kingfisher), a saga of birds from a faraway country: “They came to a place called Gunda-yaliya… flew around in circles, shaking the place… Creating the land itself, as they came to it” (video 2). Notwithstanding its name, Bundurr (Story of Myself) is a family history, reinforcing the idea that a person is inseparable from environment and heritage. Gawurra’s gift is accepting that he is part of something larger than himself even as he enriches and expands the web that his family, his people and all of us share. (CAAMA Music)